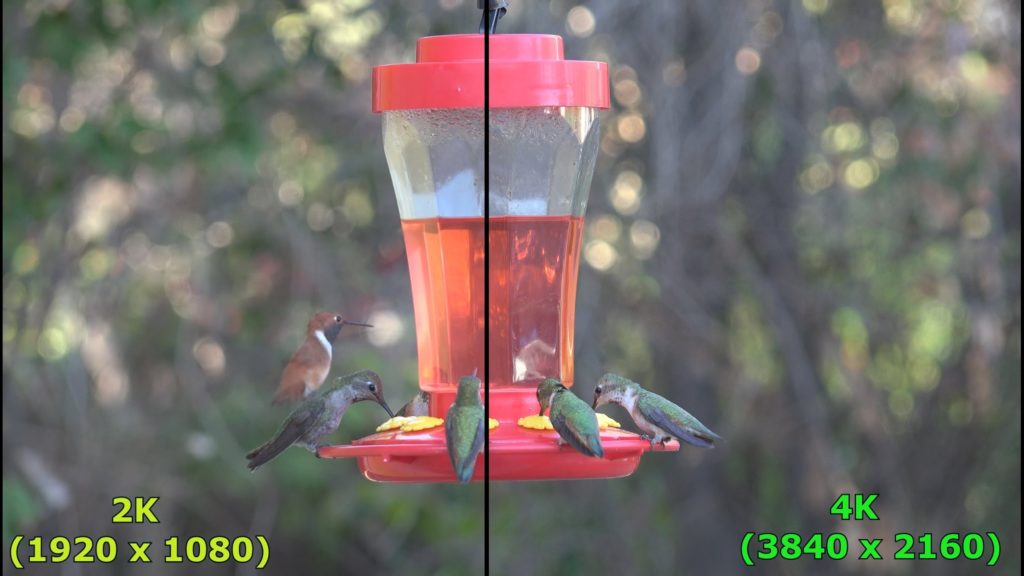 What is 4K and 2K? What is resolution? How to choose the right screen? For amateurs …these questions could be startling!

Actually, the television screen or the computer screen comprises of billions of dots–Technically called ‘RESOLUTION‘.
This Resolution determines the clarity of the picture or video. The term dpi(x no of dots per inch also) matters in this context.  If the resolution is more, the picture clarity is better. Since quality varies, so does the price.

2k means videos with 2000 pixels resolution.
Before “4K” became common, “2K”  was pretty much used in cinema .
2K resolution is a generic term for display devices or content.
It contains a resolution of approximately 2,000 pixels.
Digital Cinema Initiatives (DCI)defines 2K resolution standard as (2048×1080)...i.e. 2048 horizontal lines &1080  vertical lines.
HD or High definition is a broadcast standard that is slightly lower than 2K (1980x 1080)
Most work in studios and video production is done in HD.

4K refers to a resolution of 4000 pixels and UHD is slightly lower that 4K ( 3840 × 2160). UHD is a broadcast standard for consumer television broadcast.
The 4K resolution standard, has a resolution of (4096 × 2160) pixels….ie 4096 horizontal lines & 2160 vertical lines.
4K digital movies may be produced, scanned, or stored in a number of other resolutions depending on what storage aspect ratio is use.
The (DCI) 4K standard has twice the horizontal and vertical resolution of (DCI) 2K.

The highest resolution till date is 8k, with a resolution of( 7680×4320)…ie 8000 pixels. This is used by Sony and Red Digital Cinema Camera Company. This is a standard used to shoot movies.

Where they are used?

Sony is one of the leading studios promoting UHDTV content with over 70 movie and television titles via digital download.
Amazon Studios began shooting their full-length original series in 2014 in 4K.
Google and Amazon prefer 4k with a  resolution of (3840 * 2160). In 2016, Sony and Microsoft released the PlayStation 4 Pro and Xbox One S, both of which are video game consoles that support 4K streaming and gaming.
TV is man’s best friend but little do we realize that there are between roughly one million suchdots! A closer look with a  magnifying glass, and you will realize how they look!