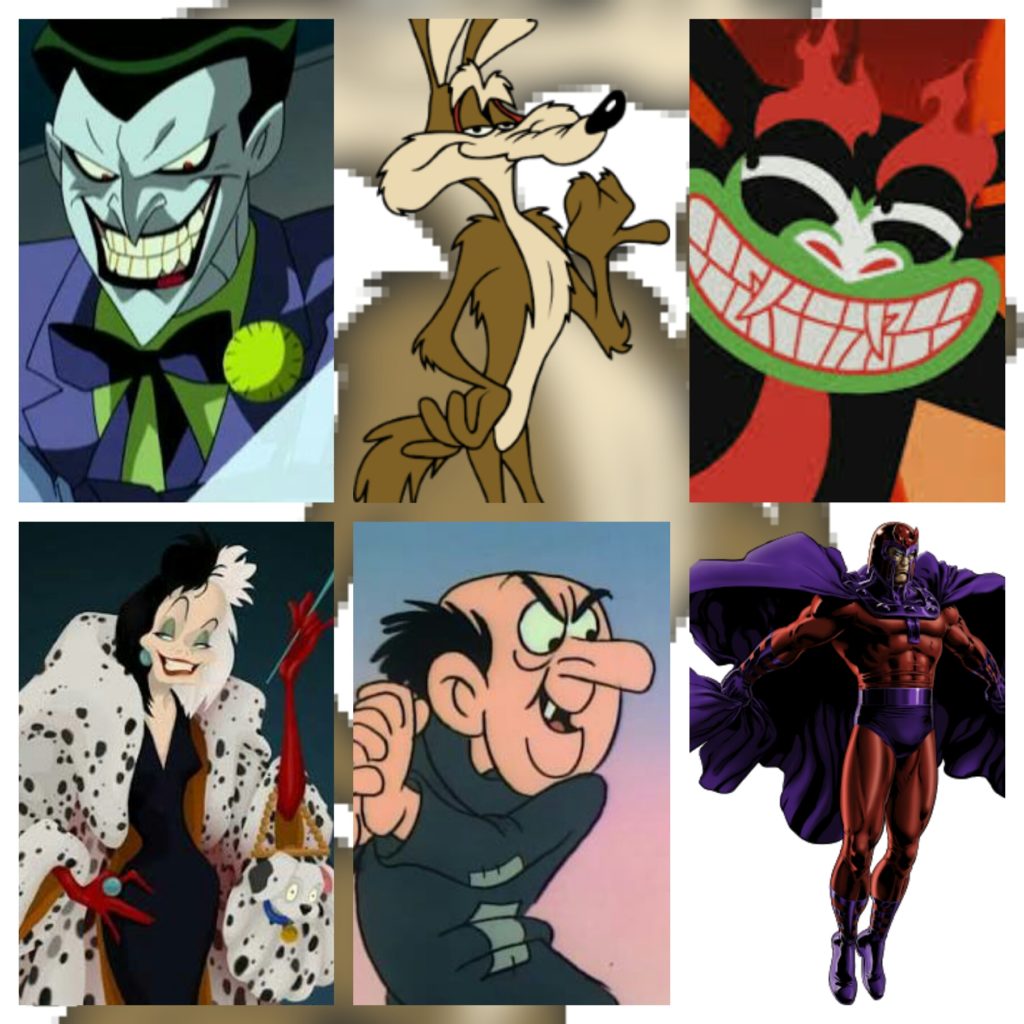 Wile E. Coyote is one of the characters from Looney Tunes. In Road Runner cartoon, Coyote always tries to catch Roadrunner but he always fails. He always has endless weapons to catch innocent Roadrunner but because of Roadrunners speed, all the weapons fail.

Gargamel from “The Smurfs”:

Gargamel, the evil wizard, is the sworn enemy of Smurfs. His aim in life is to capture Smurfs and use them as an ingredient for the potion to make gold. But his efforts always go unrewarded.

Cruella de Vil is the antagonist in 101 Dalmations. Her name itself represent cruel person. By just looking at her you can see that she is clearly evil. She has an obsession with fur coat. She spends all her time to get 101 Dalmations for her fur coat.

Magneto is the most powerful mutant in Marvel Universe. He has the ability to generate magnetic field and from this he controls all the metals. He is always involved in terrorist activities as he rejects the possibility of Human-Mutant coexistence.

The Joker From “Batman”:

Joker is a super villain who is portrayed as a criminal mastermind. He uses his expertise in chemical engineering to develop poisons and thematic weapons. He commits a crime for his own amusements.

Aku is the main villain from the Samurai Jack series. He is the shadow of pure evil and no weapon can harm him expect the sword that possesses the power of good and justice.

Are you looking for animation video production company in Mumbai ? If you need such services then please let us know.