What is the ‘Shoot to Edit’ Technique in Video Productions?

Blog What is the ‘Shoot to Edit’ Technique in Video Productions?

What is the ‘Shoot to Edit’ Technique in Video Productions? 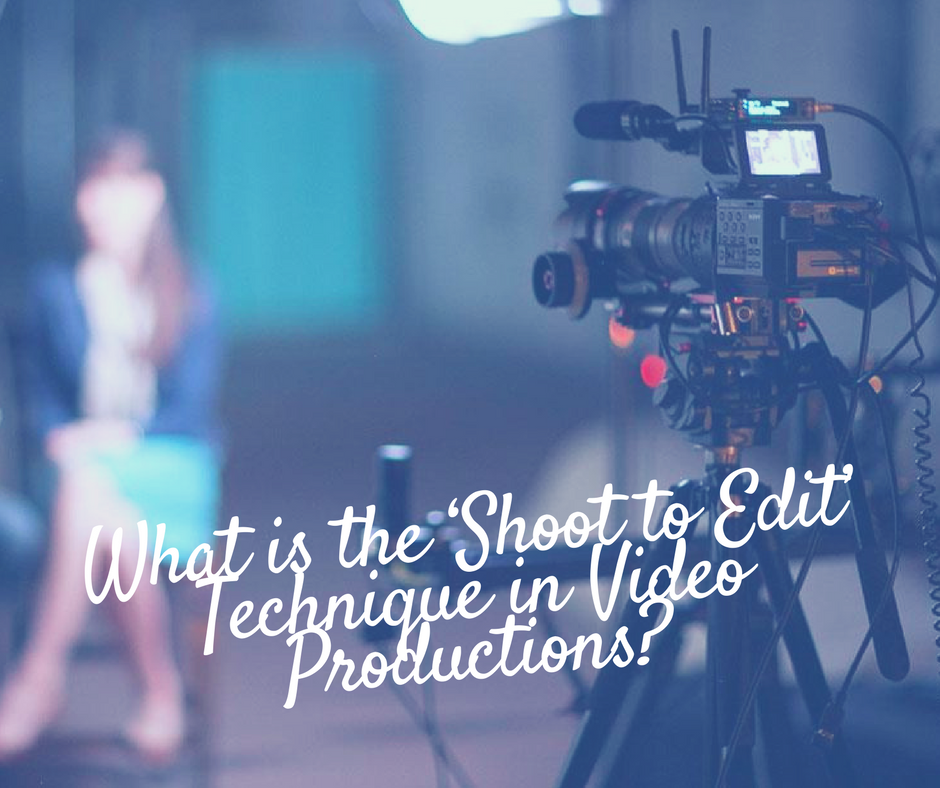 Imagine this – Apple releases the new iPhone 14 (or whatever they decide to call it, even XIV), and at the launch, there is no video on the big screen, displaying all the new features and how this new iPhone is better than the previous ones. That wouldn’t just be boring, but a complete shock to the audience as well. That is how important videos have become. Every company in the world comes up with some kind of a video to show the public what products and services they have to offer.

Videos just don’t mean the daily vlogs of Logan Paul. They are also the day-to-day advertisements you see on television, iPhone advertisements in their showrooms, company ads on the internet, and so forth. This is why video production has become one of the most significant professions in the world today. Every video that you see has a specific video production process backing it, because of which it is created in the way it is meant to be. Video production has several techniques, and in this blog, I’ll be telling you about the‘shoot to edit’ technique.

What is Video Production?

So, what is this video production, you may ask? To answer that, the videos that you watch on YouTube, Facebook, Instagram, any other visual platform, and even the funniest of GIFs, have a disciplined procedure that works efficiently to create them. That procedure is known as a video production.

This is the initial stage of the video production, where all the planning takes place. During this phase there is no recording, only preparation about the video and whatever it will include. It is during this phase that an idea for the video is formed, the script is constructed and written, the cast for the production is selected, and the audio and video crew members are selected as well.

Once all the crew and cast have been selected and the script is edited and approved, the real production process begins. All the cast and crew members travel to the location for each scene, and each scene is shot until a satisfactory one comes up. Once a scene is shot, everyone then moves ahead for the next scene, travel to its respective location if there is one, and the scene is shot. Like this, all the scenes are shot until the entire film or video has been done shooting.

One of the most important techniques in video production is the “shoot to edit” technique, also known as the “shoot for the edit” technique. This is a technique that you can utilize during the production phase to help make your post-production phase more pleasant, quick, and efficient. It is a very simple and easy concept, where it is all about you keeping in mind how you will be editing your footage for the next part while you keep shooting. This technique is very important for the post-production stage and allows you to decrease the work for that stage.

‘Shoot to edit’ is a technique that involves a proper understanding of the production plan in such a way that the videographer remains cognizant towards what elements of the scene might be required in the post-production stage and is therefore able to shoot the perfect shots. In other words, you can say that this technique is like shooting with a safety net. You already know what edits you want for the post-production and you get them done in the production stage itself. This will not only offer many advantages to your production crew but will please the editor as well. Another advantage you will get with technique is the ability to shoot scenes more efficiently out of order. Many Hollywood film crews use this technique to shoot scenes in a number of locations to save time during the post-production process.

Tactics to Follow for the Shoot to Edit Technique

If you’re planning to follow the shoot to edit technique, there are a few tactics that you need to adhere to. 4 of them are listed below: –

1) Reduce the quantity of unusable footage.

Going through minutes and hours of sub-par footage get really old really fast, and that can obviously take up a lot of your precious time. Therefore, make sure you: –

These are all the steps that you need to double-check before you press the record button. If you follow these steps, the footage you get will all be usable.

Aesthetic details like lights, position of the camera, etc. can be pretty difficult to recreate, once you have completed the production stage and are moving on to the editing stage. Thus, it is better to avoid going back to capture another shot. To make sure you don’t have to go through this ordeal, leave a buffer at the starting and ending of each clip that you take. A mere silent 3-second count will easily do the trick.

Another thing you can do it marking your best takes via covering the lens with the help of your hand. Thus, when you will be scanning through all the footage, you will be able to notice the darker frames and know that is the footage right before them is the finest work of your team.

If an A-roll is considered as the narrative of the video, then the B-roll is deemed as the additional footage which supplements your story and drives your piece visually. When it comes to shooting a simple talking head video, any kind of shot that